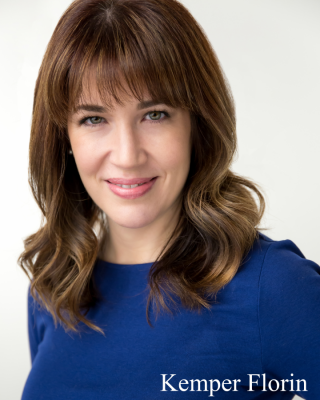 As the new Executive Director for the amazing Barrel of Monkeys Productions, I was particularly excited for opening night of That’s Weird Grandma: Stories that Sing and Dance!! (It also didn’t hurt that my background is in musical theatre and opera, so this round was right up my alley!) On opening night, I welcomed our audiences and sensed the excitement as I took my seat. From the upbeat opening number to the last clever closing pitch for supporting Barrel of Monkeys, everyone, including me, laughed out loud and laughed often. The display of talent is truly remarkable and made me feel such pride and gratitude that these artists are also the same ones doing such remarkable work in our schools. As we enter into our closing weekend, I’ll always remember highlights from this run, including when one of our students came with his parents and saw his story about riding in his Bugatti come to life as a catchy K-pop song! The beaming bright smile on his face said it all, and that, my friends, IS something to sing about. 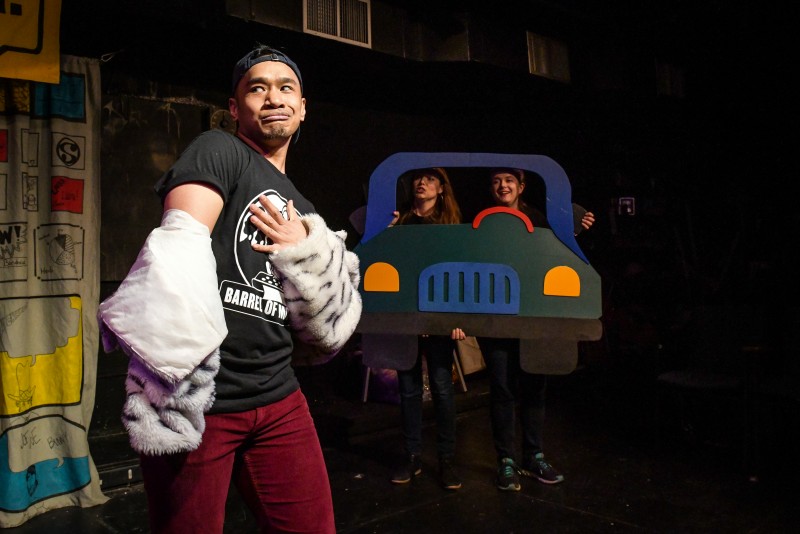 My Bugatti, written by Angelo from McPherson Elementary

What are the Stories that Sing and Dance?

We are a week out from opening That’s Weird, Grandma: Stories That Sing and Dance and I am very excited to share with you the incredible stories written by our students that are going into this Musical Extravaganza. You can click on the links to read the student’s original story.

Stories That Sing
Breakin Phone. We are thrilled to finally debut in TWG this groovy song from 8 years ago.
It Hurts is a love song composed in collaboration with the student author herself.
The Prince and Princess is a TWG classic with a twist ending (spoilers ahead).
Evil Devil Printer is a hilariously haunting Opera that is making its TWG debut and was written by a neighborhood student at Peirce International School.

Stories That Dance
Glacier Living with Sharks is all about dolphins saving the world from global warming through dance.
Dear Government was a TWG audience favorite for over a year and its now its back again, asking the question is our government fair to dance teams?
The Queen with No Friends features Voguing, Duck Walking, Sissying that Walk and it continues to be an audience favorite.

Stories That Sing and Dance
Shame is a brilliantly crafted melancholic poem we will sing word-for-word.
Lost Mouth is a cautionary tale about sharing.
One Day Washing Clothes brings a ton of funk to an otherwise tedious chore.

Audience Favorites from the Previous rounds of TWG
The Girl and The Panda returns after premiering in TWG Rings in the Holidays
Malcolm X and the Monster and Zombie Infection. Audiences can’t get enough of Malcolm X fighting zombies to music.
IRS Moles. Now that tax season is over, the IRS Moles are returning!
The Girl Who Said NO! The title says it all!

Brand New Stories (That also Sing & Dance)
My Bugatti is a new story from the nearby McPherson Elementary performed by BOM’s first ever Kpop band.
I Need to Use the Bathroom i also new from McPherson and will dance its way into your heart.
Twisted Trumpet #DontBuyATrumpetFromAWitch

I hope you enjoyed reading all of these amazing students’ stories and we can’t wait to perform them for you at That’s Weird, Grandma: Stories That Sing and Dance.

Fridays and Saturdays, May 3-25 at 7:30pm at The Neo Futurist Theatre

All the BOM Stars are Here

Barrel of Monkeys students love to write about celebrities and pop culture icons - so we decided to bring you some of our favorite pop-culture-inspired stories in That’s Weird, Grandma: Star-Studded Stories. You won’t just see conventional stars in the show, though. We’re also featuring “BOM stars” - beloved characters that have become a staple in our repertoire.

Here are three BOM stars we’re excited to bring to the stage during this round of Grandma! 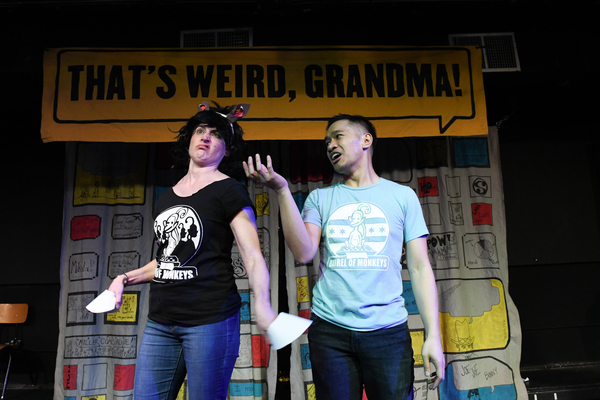 The Evil Horse (making their Grandma debut in this round!) comes to us from Isis at Poe Classical School. This horse hates “everything under the sun,” from donuts, to chicken wings, to having fun. Company member Rawson Vint turned Isis’s poem into a song - and now, The Evil Horse’s hatred of everything lives on in BOM infamy.

Hello little kiddies, little ponies, and fillies
I’m an evil horse you see.
I hate everything from donuts to chicken wings
Don’t put them in front of me. 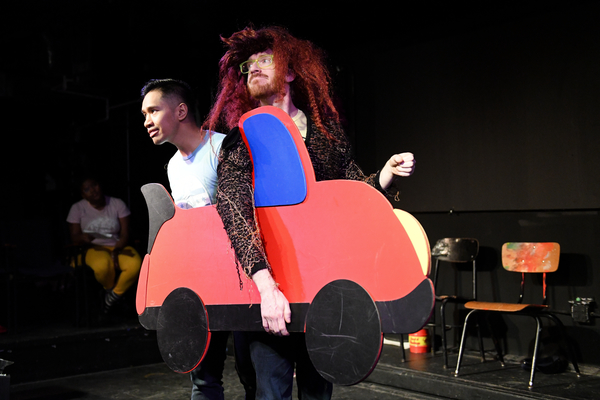 Mrs. Rawson - a character created by the aforementioned Evil-Horse-song-writing Rawson - originated in the story “How To Get to School in a Fast/Safe Way” by Maggie, Mira, Branden, Sydney, and Javon from Lincolnwood Elementary. They wrote the tale during Persuasive Argument Day, a part of Barrel of Monkeys residencies when we ask students to argue for or against a specific stance.

These students argued that bosses should allow their employees to pick their kids up from school during the workday - and Mrs. Rawson illustrates why this would make the world a better place. When Mom needs to stay late at work, she calls her friend Mrs. Rawson to pick her kids up from school - but thanks to Mrs. Rawson’s not-so-wonderful driving skills, the kids end up in a wild car ride involving lots of swerving, speeding, and near-collisions.

We believe… work should let parents drive and pick up kids to schools. Rocket cars could make the drop off fasters. It is safer when parents drop kids off. Parents know where to go. Your parents get worried when they aren’t the ones. We need our parents!

3) The Man Who Farted

The Man Who Farted comes to us from Angel at Graves Elementary in Summit, IL. The Man has a problem with flatulence - and his diet filled with broccoli and tacos certainly doesn’t help. We turned his tribulations into a classical choir piece - and of course, added in some appropriate sound effects.

Join us for this Sunday’s opening performance of That’s Weird, Grandma: Star-Studded Stories for more BOM stars. The fun starts at 3pm at the Neo-Futurist Theater in Andersonville - get tickets ahead of time here. 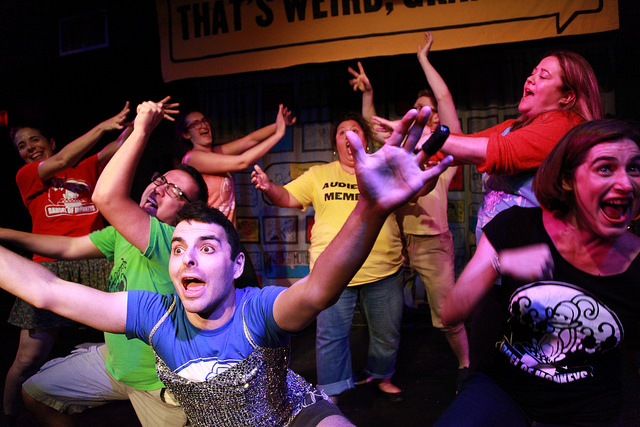 We’re excited for That’s Weird, Grandma: Star-Studded Stories to begin this Sunday afternoon! This round of our public sketch show features some of our favorite stories BOM students have written about pop-culture icons, from Migos, to Prince, to Stranger Things characters.

We sat down with the director of this round, Mary Tilden (also BOM’s Education Coordinator) to talk about the stories she’s most excited about - as well as who her favorite star is! Take a look, then join us for the show Sundays at 3pm at The Neo-Futurist Theater now through February 17. We have half-price adult tickets at this Sunday’s preview performance - learn more here.

Our beloved holiday round of That’s Weird, Grandma is almost here!

That’s Weird Grandma Rings in the Holidays starts Monday, and we’re thrilled to bring some of our favorite seasonal stories by Chicago elementary school students to The Neo-Futurists Theater once again.

BOM Artistic Director Brandon Cloyd has curated a line-up both hilarious and heartwarming featuring Grandma classics as well as some new stories, such as a dialogue between Krampus and Santa from our Loyola Park After-School Program.

See a sneak-peek in our promo video below, and then be sure to join us between December 10 and December 22. Check out the full schedule and get your tickets here - they’re already selling fast, so be sure to grab yours now to avoid disappointment!